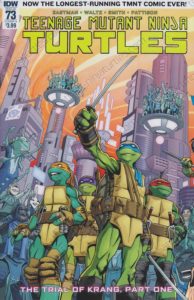 Cover A by Cory Smith.