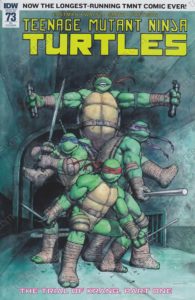 After the Kickstarter campaign ended on May 14, 2017, additional Add-On options were offered to anyone that backed a reward tier that included a Jim Lawson-signed copy of this variant.  The Add-Ons offered at an additional cost per signed copy were: 1) Generic or Custom sketches by Jim Lawson on the back cover, 2) CGC Signature Series grading.  In all, 76 books were sent to CGC for Signature Series grading (29 of which were the hand-colored and hand-numbered copies).  Jim Lawson did 55 Generic Sketches and 50 Custom Sketches on the back covers of 105 copies.

Here are images of all 105 Jim Lawson back cover sketches: